Update to A City Street, A Lamppost

Posted on February 7, 2018 by Parisian Fields

I finally heard back from the Roger-Viollet agency with the name of the photographer: Roger Berson. I was not able to find out much about him, but stay tuned. His name led me to the original shot, taken in August 1944, during the liberation of Paris. Had I found it earlier, I could have saved myself some trouble, but would have missed an enjoyable adventure. The shot is much wider that I realized – notice the hats in the window on the left and the name of the shop that at first eluded me. 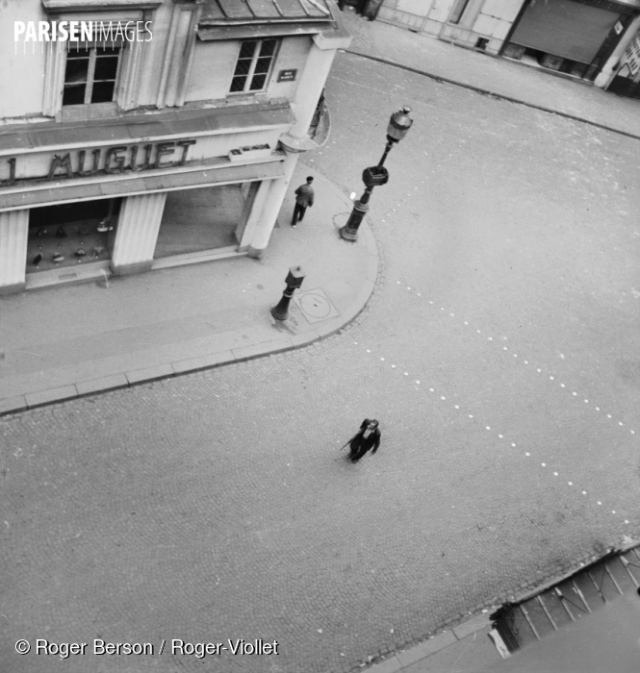 World War II. Liberation of Paris. F.F.I. with a gun, at the corner of the rue Ramey and the rue de Clignancourt. Paris (XVIIIth arrondissement), August 1944. Photograph by Roger Berson.

So I should dispel any impression that Roger-Viollet does not respond to inquiries, although the response is not rapid. And I can draw your attention to a key detail that I had overlooked – the man in the foreground is carrying a rifle.

Parisian Fields is the blog of two Toronto writers who love Paris. When we can't be there, we can write about it. We're interested in everything from its history and architecture to its graffiti and street furniture. We welcome comments, suggestions, corrections, and musings from all readers.
View all posts by Parisian Fields →
This entry was posted in Uncategorized. Bookmark the permalink.

18 Responses to Update to A City Street, A Lamppost