A recent Frantastique lesson contained a short animated cartoon called “Mort à l’Académie” (Death at the Academy). It opens with an ominous view of the venerable Académie Française, complete with thunder crackling overhead. 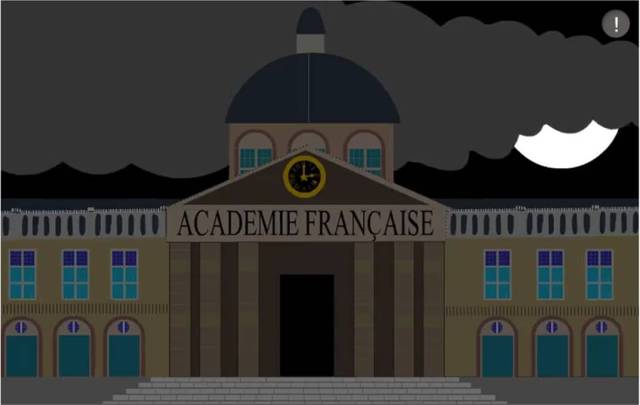 A bald man at a desk in a book-lined room presses the intercom and asks for the next word to be brought in. Seven letters enter the room: G-I-R-O-L-L-E. They shuffle about, looking nervous. The man apologizes briefly, “Sorry, but one of you has to go,” takes out a gun, and shoots one of the “Ls.” 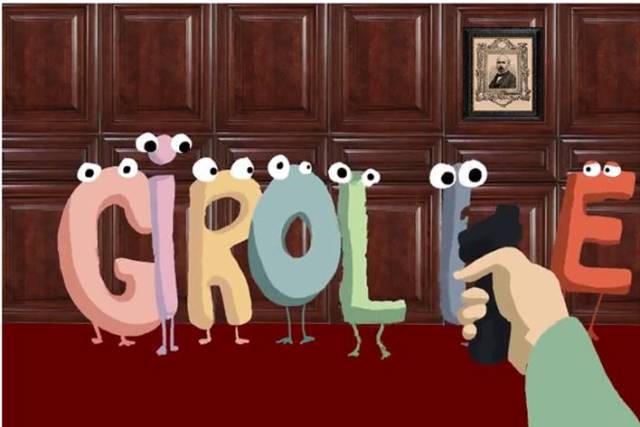 At the end, the remaining letters are seen in a bar, drowning their sorrows and mourning the loss of the extra L. (The girolle/girole, by the way, is a type of mushroom.) 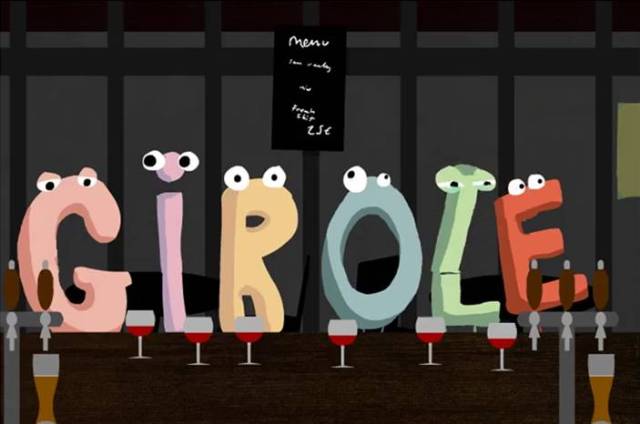 The video explains that the spelling reform carried out in 1990 by the Académie Française entered French textbooks in 2016. Ah, you double Ls, be afraid. Be very afraid.

Well, some of you, anyway.

Intrigued by this top-down approach to spelling, I had earlier bought a small book at a Paris newspaper stall titled Orthographe rectifiée : Le guide pour tout comprendre (Corrected Spelling : The guide to understanding it all), published in 2016 by the newspaper Le Monde. (I love the fact that I can buy this sort of thing at a stall on the street.)

Among other things, the book contains the text of a 1990 speech addressed to the Prime Minister of the day, Michel Rocard, by the perpetual secretary of the Académie and the chair of the orthographic task force, Maurice Druon.* Here is the second sentence:

When a prime minister takes an interest in the state of the French language – something that does not happen every day – he is following in the footsteps of Richelieu, whether he means to or not.

Note the elegant touch of Latin there: volens nolens. In English, we could translate it as “willy-nilly,” but that expression has nothing of the original gravity or sonority.

Druon goes on to state that Cardinal Richelieu had founded the Académie Française to give order and method to the language, to make it eloquent and pure, with the capacity to express ideas in both the arts and the sciences. Rocard had asked for adjustments to eliminate uncertainties and contradictions, particularly to help in formulating new words that were needed in science and technology.

It strikes me that there is a difference between Richelieu’s request for eloquence and purity and Rocard’s request for certainty and consistency, but let it pass.

The changes affect about 2,400 words. L’Office de la Langue française du Québec has published a helpful list of them, which it calls the “Banque de dépannage linguistique.” It’s a lovely way to describe a list, and immediately evokes the québécois institution of the dépanneur.

(For non-Canadians, a dépanneur is a Québec convenience store, open long hours, that sells food and other necessities such as wine and beer. Paris too has its convenience stores – indeed, we rely on them when we run out of something – but they do not use this name. Here is a classic dépanneur in Montréal.) 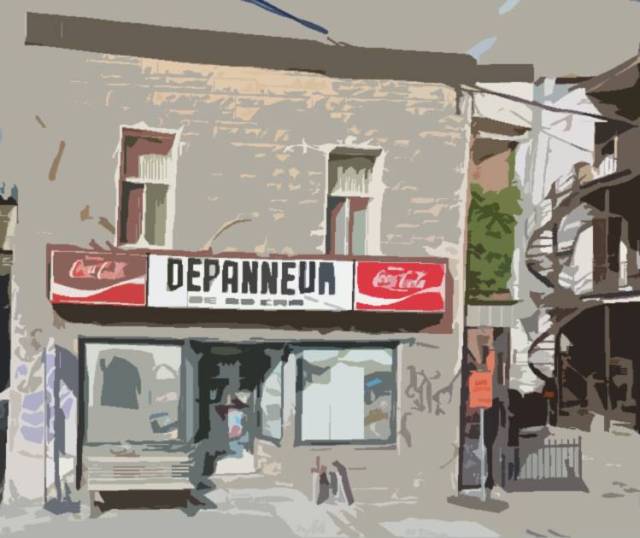 But I digress. The spelling new rules focus on:

I appreciate the desire to be consistent, although I note that the new rules themselves contain exceptions – the text includes several instances of sauf this and excepté that. I do wonder about the effect on Internet searches (I tried “ognon” on Google.fr and got 788,000 hits, but with “oignon” the number was well over 9.5 million). Neither the Larousse Dictionary on my mobile phone nor the French spellchecker on my desktop computer is with the program, of course. But I daresay that if it took 26 years to get the new rules from the Academy into the classroom, we have time enough for people and technology to adjust.

I will rather miss the circumflex on voûte, because it looks like a voute (vault). But it apparently serves no useful purpose. And hey, we get to keep the circumflex in the passé simple (nous voulûmes) and the imperfect subjunctive (qu’il voulût), which just wouldn’t be the same otherwise. They are supposed to look exotic.

All in all, the changes will make dictée more interesting. I remember terrifying dictées at school and during my time in France. Since you lost marks for every error, it was entirely possible to end up with a score of less than zero. My French roommate once cheered me up by playing “Dis oui au maître” by Michel Fugain  – a song in the form of a dictée. The YouTube video includes some wonderful black-and-white images of French schoolchildren doing dictée. But now maitre has lost its accent and the accent was part of the song lyrics. Oh dear. 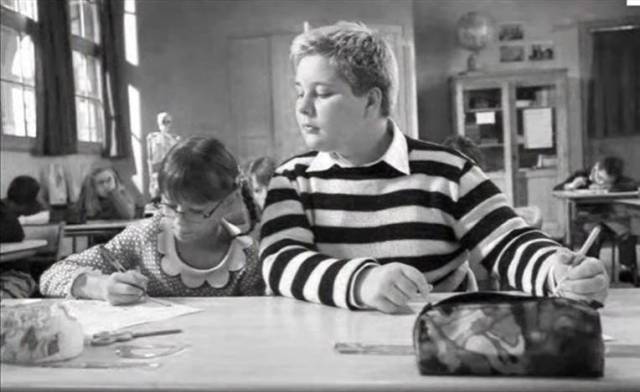 Dictée is a French institution, and it doesn’t necessarily stop when you leave school. Some people actually do it for pleasure in national competitions called Championnats d’orthographe, which have been held since 1971. They are open to both students and adults. And throughout the country, people engage in local dictée battles.

In Canada, the dictée banner is carried by La Fondation Paul Gérin-Lajoie: as I write this, the regional finals of the Canadian national dictée are taking place. This year’s theme is the 150th anniversary of Canadian Confederation. If you’d like to test your own dictée talents, go to the website and try “Dictée audio.” There are free tests at all levels to try.

Given the French obsession with spelling, our friends at Frantastique/Gymglish recently launched a new course aimed at French speakers who want to improve this skill. We were invited to the launch last year, but we weren’t in Paris at the right time. However, during our December visit, I dropped by the company’s offices in the 12th arrondissement. I don’t often see the interior of French workplaces, and this high-ceilinged loft, with its jungle of plants and coloured lights, was a revelation. 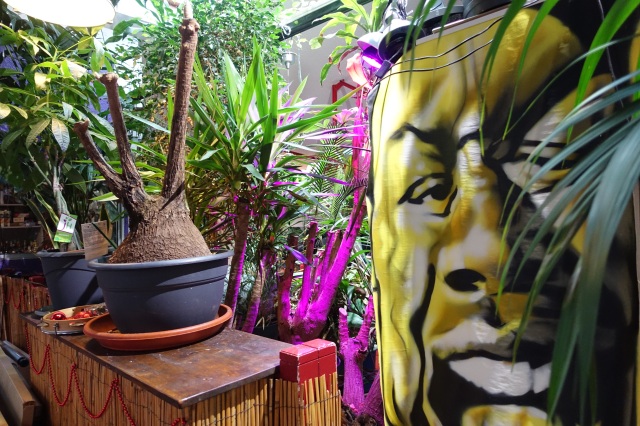 I chatted with a long-term employee, Adrien, about the company, which offers lessons in English and French as a second language, and now, French as a first language. I find that remarkable. Native English-speaking people seldom feel the need to brush up on their spelling and grammar – even though many people could stand to take a refresher course. Some extremely talented writers in English cannot spell – that is what editors are for (or used to be, when publishers still employed them). I worked as a book editor for years back in the day, and I was used to fixing up spelling and grammar for people who were otherwise in command of the language (and for many who were not). So the fact that there is a market for teaching French to the French is interesting. But with all those new rules to learn, I guess one needs to stay on top. 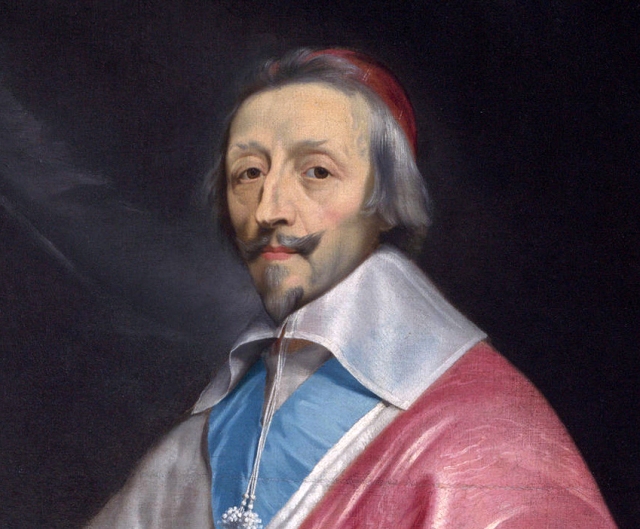 Parisian Fields is the blog of two Toronto writers who love Paris. When we can't be there, we can write about it. We're interested in everything from its history and architecture to its graffiti and street furniture. We welcome comments, suggestions, corrections, and musings from all readers.
View all posts by Parisian Fields →
This entry was posted in French language and tagged Académie Française, Cardinal Richelieu, Championnats d'orthographe, circumflex, dépanneur, Fondation Paul Gérin-Lajoie, Frantastique, girolle, Gymglish, Larousse Dictionary, Maurice Druon, Michel Fugain, Michel Rocard, Office de la Langue française, spelling reform. Bookmark the permalink.

5 Responses to Get the “L” out of here