Tuesday, June 24, 2014. A hot day in Paris and Norman was feeling under the weather. He’d finally drifted off to sleep and I decided to go for a walk – not far, just to get some air.

The bedroom window of the apartment we had rented from friends faced the east wall of Port-Royal, and its imposing entrance with blue doors (never opened now) at the corner.

I knew about the former convent, now a maternity hospital, and wondered if I could get a glimpse of the central cloister. I went out to reconnoitre.

There was a security guard in a booth overlooking the parking lot on the Boulevard Port-Royal, but on the rue du Faubourg St-Jacques is a back gate. It was about 1 p.m. and the driveway was full of people coming and going. I joined the throng and walked in. First I did a circuit of the central building and its tree-shaded garden inside the wall.

Some of the outbuildings seemed informal and cottage-like.

It struck me as a comforting environment for childbirth, if somewhat shabby in places.

The doors had notices excluding the unauthorized, but I thought, hey, it’s a maternity hospital and friends and family members of new mothers visit maternity hospitals all the time. I spotted some gardeners going through a side door and followed them in. I even held the door for the man with the wheelbarrow.

They were, of course, heading for the garden in the middle of the cloister. While they attended to their duties, I sat down on a stone bench and took in the view. When nobody was looking, I got out my camera and took a few shots. The gardens were beautifully tended, framed by simple, dignified facades. The chapel had a small bell on the roof, visible in this photograph.

I sat there for quite a while, enjoying the sunshine and the peace. People who went by smiled at me, probably assuming me to be a visitor waiting to see a new baby.

Emboldened, I headed inside. The interior was as simple and uncluttered as the exterior. I found the chapel, but the door was locked. However, I did find a large room that might once have been a refectory. An efficient young woman was showing some people around; perhaps they were planning an event there. In the hall outside the room were plans, photographs, and historical information about Port-Royal, and I spotted a familiar face.

And I realized that I was not the first to trespass at Port Royal.

I had read about Mère Angélique (and seen her picture) in a book called The Travails of Conscience by Alexander Sedgwick.* The author himself had given me the book, and inscribed it. In it, he tells the story of the Arnauld family, and their association with the convent of Port Royal.

Mère Angélique was born Jacqueline Arnauld in  1591, one of twenty children of her parents, Antoine and Catherine Arnauld. With that many children, you need a strategy, and the family decided that while the eldest daughter would be married off, the next three would enter convents. As Sedgwick puts it, “The small dowries required by convents – a fraction of the amount needed to arrange a socially advantageous marriage – made the monastic option attractive to ambitious families with superfluous daughters.”

But it was a prominent family and the girls were not to be ordinary nuns: two were to be abbesses. The idea appealed to young Jacqueline Arnauld, who had a bossy streak. After complicated negotiations, in which her influential grandfather gave her age as 17 (she was 10), and time spent in other convents learning the ropes, Jacqueline (renamed Angélique) went to the 13th-century abbey of Port-Royal in a rural area to the southwest of Paris (now part of the department of Yvelines) where the aging abbess had just died.

The convent was “unreformed,” which meant that rules were lax and the nuns led a comfortable life, not unduly restricted by religious observances. Like Angélique, many were there, not because they had a religious vocation, but because they were “superfluous daughters” from well-to-do families. It was not the life of simplicity and devotion one generally associates with convents.

Angélique had a governess, and the affairs of the convent were efficiently managed by her parents and a prioress. Angélique read what she liked, went for long walks, visited her family quite often, and played with other nuns (presumably some were close to her age). She felt restless and bored, until suddenly when she was 17, she experienced a change of heart and began to take religion seriously. She sought advice from a visiting monk, and he suggested that not just she, but the whole convent, needed to reform. Her parents, and some of the nuns, disagreed. Things were just fine as they were; reform meant difficulties and discipline.

And it meant “clôture.” That is, closing the abbey to family and other visitors, and according nuns more privacy and security. Sedgwick notes, “Unreformed convents were vulnerable to unhealthy influences of one sort or another, and almost anyone who wanted to do so was able to gain access to these communities of unprotected women.” In particular, Angélique’s parents were used to entering the precincts whenever they chose; after all, they had run the place for years.

It all came to a head on September 25, 1609. The Arnaulds arrived at the convent, only to be refused admittance by their daughter, who spoke to them through a small opening in the big front door. Her father was furious and her mother and brother pleaded with her, but Angélique stood her ground. The standoff lasted for several hours until finally the Arnaulds drove away, muttering darkly about never speaking to their daughter again (they later relented). The episode marked the beginning of Angélique’s reputation as a reformer, leading nuns in a life of devotion, prayer, and humility, and turning them away from worldly affairs (including love affairs, which had been quite common up to that point).

By 1625, the old convent of Port-Royal was overcrowded. The convent was near a swamp and several nuns had died of malaria in the unhealthy environment. Angélique moved the community to Paris, to a large house with a garden on the rue du Faubourg St-Jacques. But the building needed more dormitories and a chapel. Angélique had to act as fundraiser. She longed to retreat and focus on her own spirituality, but she was forced to do what would now be called “networking” – hobnobbing with the nobility to get donations and new recruits (with their dowries). It was a constant source of tension in her life.

Nevertheless, her gifts as a reformer and her adherence to Jansenism (an austere theology that focused on human sinfulness) influenced many around her. Others felt threatened by her ideas. If you reject worldly influences, what does that mean for your loyalty to the king? The established order? In a time of absolute monarchy, these were not trivial questions.

Shortly after her death in 1661, Louis XIV and his advisers decided to require all clergy and nuns to sign a document called a formulary, rejecting the theology of Jansenism. Port-Royal had become a centre of Jansenism, and a dozen nuns there refused to sign. 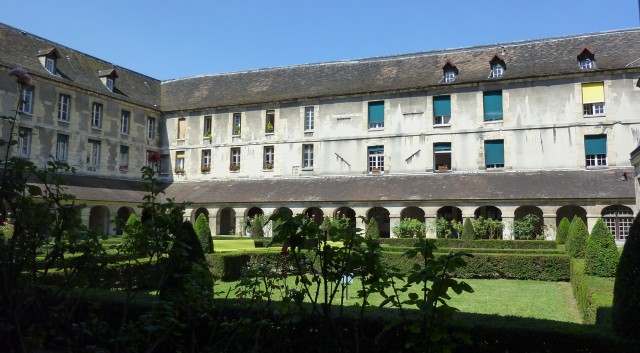 On August 26, 1664, the archbishop of Paris arrived with a group of archers – another trespass – to expel the twelve rebellious nuns and place them in captivity in other convents. Nuns who had signed the formulary were allowed to stay. The captive nuns were later released, sent to the old convent of Port-Royal near the swamp, and left in relative peace until that convent was forcibly closed in 1709 and most of its buildings demolished. The convent in Paris survived until the Revolution, when religious establishments of all kinds were closed. It was briefly used as a prison, and became a maternity hospital in 1795.

The last and most lethal trespasser was a German shell that fell on the maternity hospital on April 11, 1918, killing 20 people in the Salle Baudelocque (a part of the hospital named for a prominent 18th-century obstetrician).

I left the building after a last look at the cloister. I had trespassed long enough. Mothers – from Mère Angélique to the women in the maternity ward – need their privacy. 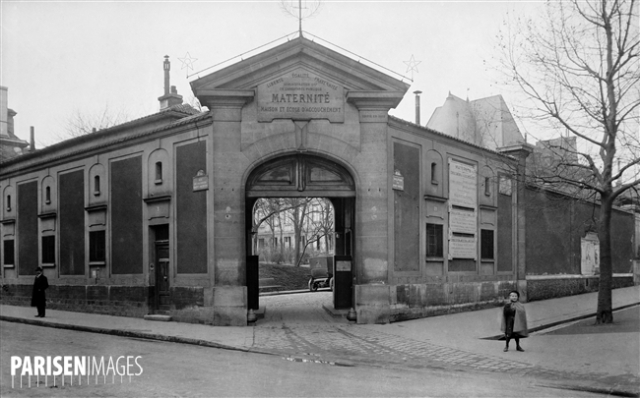 Parisian Fields is the blog of two Toronto writers who love Paris. When we can't be there, we can write about it. We're interested in everything from its history and architecture to its graffiti and street furniture. We welcome comments, suggestions, corrections, and musings from all readers.
View all posts by Parisian Fields →
This entry was posted in Paris history, Paris hospitals, World War I and tagged Alexander Sedgwick, Antoine Arnauld, Catherine Arnauld, Jacqueline Arnauld, Jansenism, Louis XIV, Mère Angélique, Port-Royal, The Travails of Conscience. Bookmark the permalink.

8 Responses to Trespassing at Port-Royal