The colours of the Batignolles

The Batignolles does not attract many tourists. That, in itself, is part of its charm. But there are many reasons to venture there. Food. Gardens. Places for children to play. And colour, because that is what struck us both – this is an area filled with colour.

The restaurants are colourful.

The grocery stores are colourful.

The corner stores are colourful.

The antique shops are colourful (we found some nice antique postcards in this one).

The library is colourful.

The street machinery is colourful.

Even the residents are colourful (this lady has coordinated her pink outfit wonderfully). 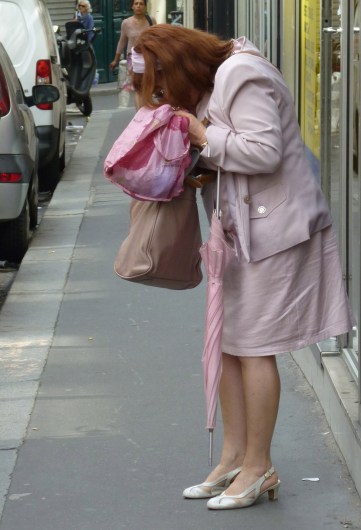 The residents also seem to have a sense of humour, if this bilingual pun is anything to go by.

After a morning ramble, we had lunch under the trees at le Tout Petit, which seemed appropriate for a quartier filled with children. The couple on the left, who lived in the area, said it was very child-friendly.

We later saw the couple from the café with their children in the playground that is part of Square des Batignolles. We can thank Adophe Alphand (again) for the design of this miniature wonderland. You enter down a winding little path, lined with Norman’s favourite concrete-made-to-look-like-wood.

And there you will find more colourful residents of Batignolles: the ducks and waterfowl. Take a look at this little fellow’s beak. You’d never get away with something that gaudy in the Tuileries. 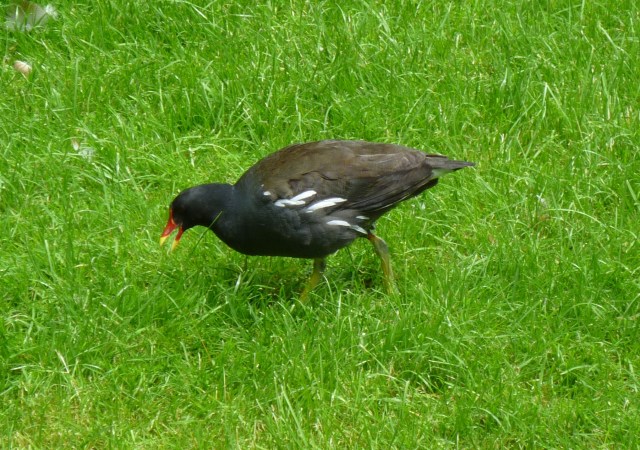 Of course, there is the ever-popular black-and-white look.

And the classic mallard colouring is never out of fashion. 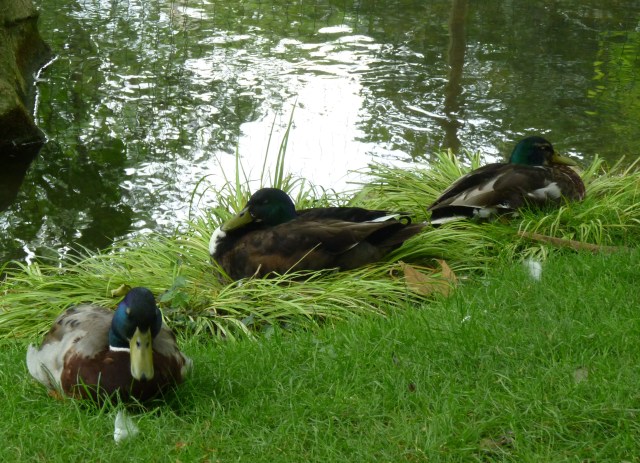 Across the rue Cardinet from the Square des Batignolles is a park so new that it is not quite finished. Parc Martin Luther King is just part of  the huge new Clichy-Batignolles development. Its long straight paths, its reconstruction of a wetland, and its skateboard facilities make for a contrast with the much older park. All very 21st century. Parc Martin Luther King seems popular with children and teenagers, and it’s nice to have both spaces in the quartier. Something for everyone. 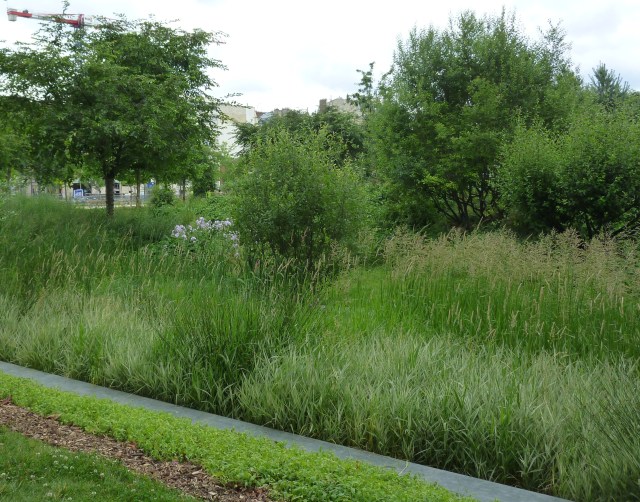 With so much colour, the area attracted its share of artists back in the day. Manet lived at 34, boulevard des Batignolles, which I failed to photograph when I was there, but Google Street View has captured its lovely blue door. 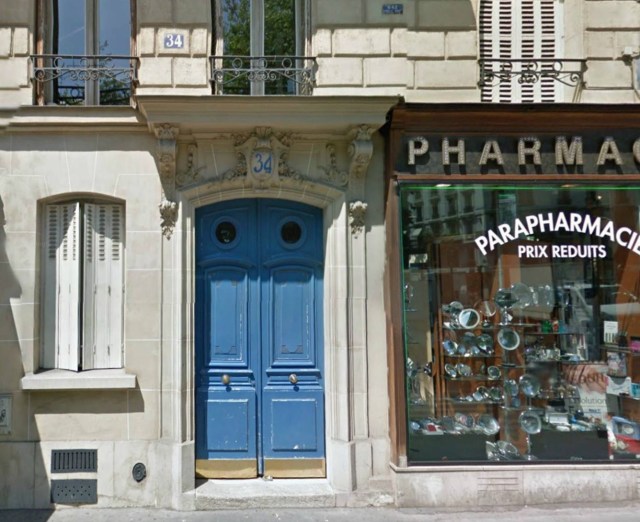 The Café Guerbois on what is now the avenue de Clichy, was a noted hangout for Edouard Manet and his friends at no. 9 (it’s now a menswear shop). At no. 11, we spotted this façade. 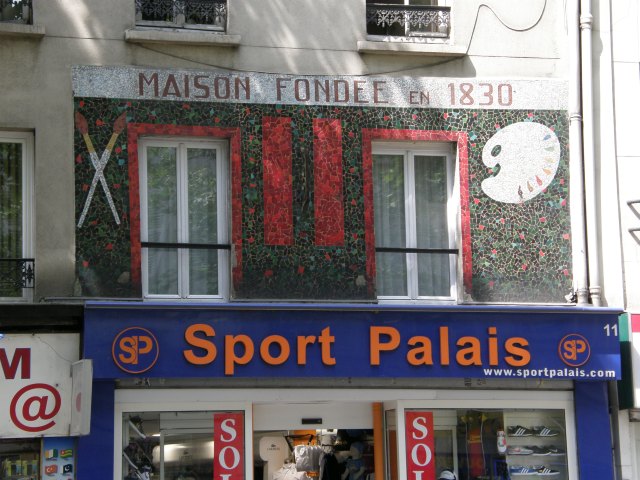 This was once the establishment of G. Hennequin, a merchant in “Couleurs Fines, Toiles et Pinceaux” (fine colours, canvases and brushes). Some Impressionist canvases still bear a paper sticker with the name of the shop on it. It functioned as an art supply store until 2010. You can see what it used to look like here.

We felt that if Manet or his friends could see the Batignolles today, they would still find places they recognized. In time, they would even find a new watering hole to replace the Café Guerbois. I wonder which of the many local cafés they would choose…

Parisian Fields is the blog of two Toronto writers who love Paris. When we can't be there, we can write about it. We're interested in everything from its history and architecture to its graffiti and street furniture. We welcome comments, suggestions, corrections, and musings from all readers.
View all posts by Parisian Fields →
This entry was posted in Paris gardens, Paris parks, Paris quartiers and tagged Adolphe Alphand, Avenue de Clichy, Batignolles, Clichy-Batignolles, Edouard Manet, Le Tout Petit, Parc Martin-Luther-King, Square des Batignolles. Bookmark the permalink.

13 Responses to The colours of the Batignolles