Life in a quiet Paris quartier

Posted on January 7, 2011 by Parisian Fields

We are back in Canada, but still enjoying our memories of Paris. We stayed in a comfortable apartment in an area of the city we had never before explored, not far from the intersection of the Boulevard Port-Royal and the rue St-Jacques (which is called the rue du Faubourg St-Jacques on the south side of the boulevard).

Tourists seldom visit part of the 14th arrondissement – or at least, we hope not, because it is home to three large hospitals, and the most visible local businesses are the Pompes Funebres (funeral homes). We counted at least half a dozen within a few steps of the intersection. Is this French practicality or a comment on the efficacy of the French medical system?

The hospitals are the Val de Grâce, the Cochin Hospital, and the Port-Royal Maternity Hospital, occupying, respectively, the northeast, southeast, and southwest quadrants of the intersection. Before the Revolution, this was all convents and countryside, and an 1850 map of the area still shows large gardens and orchards, some of which survive.

The Val de Grâce was for years a military hospital, and its graceful 17th-century buildings, including a huge domed church, are worth a blog on their own (stay tuned). A 20th-century general hospital has been constructed to the east of the original buildings, but part of the original garden remains between the two buildings. At the centre of the garden is a statue of two army medics struggling to transport a wounded man.

The Cochin Hospital was originally a hospice for workers and the poor founded by a local curé (clergyman) called Jean-Denys Cochin in the 1780s; it is now a big research and teaching institution. The 1850 map indicates an “Hôpital des Vénériens” (hospital for venereal diseases) and we noticed the following sign on one of the Cochin’s buildings. We do not know if the hospital still treats cases of syphilis. 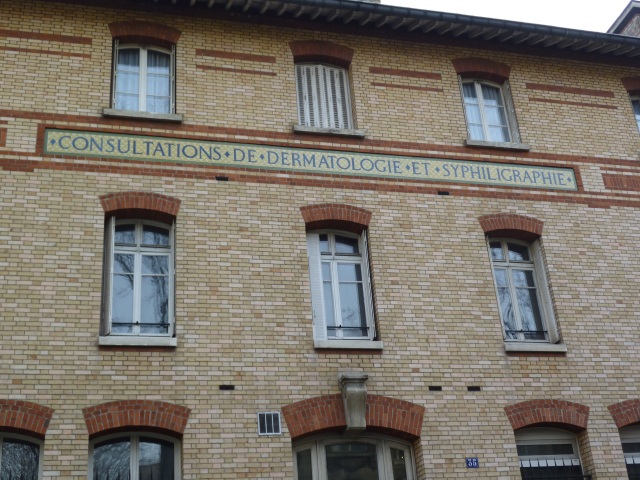 The Maternité Port-Royal (now part of the Cochin hospital complex) was founded during the French Revolution on the site of the Abbey of Port Royal. This abbey had been associated with an austere and pessimistic religious movement known as Jansenism, which was forcibly suppressed in the late 17th century by both the pope and the King of France. The expulsion of the nuns of Port-Royal is a dramatic episode in French history that influenced several works of literature, including a play called Port-Royal by Henri de Montherlant. Most of the current buildings on the site are modern, but a few elements of the old abbey and its Revolutionary successor remain.

At least one religious foundation survives in the quartier – that of the sisters of St Joseph of Cluny. We wandered into the open gate one day until the nun in charge spotted us, but otherwise, all we could see was what was visible over the high wall: severely pollarded trees in a garden and a tall church spire. The church is open for mass on Sundays, and that seems to be the only way to see inside. Alas, we had other plans for Sunday morning.

Across the rue du Faubourg St-Jacques is another walled garden, surrounding a large house. This is the home of the Société des Gens de Lettres, a writer’s association founded in 1838 by Honoré de Balzac, among others. The historic plaque outside explains that the house had once stood on the Champs-Elysées and had been dismantled stone by stone and rebuilt on this site. Beyond the house and garden the nearby Observatoire is visible.

As a temporary home, we found the quartier ideal. There is a three-day-a-week market on the boulevard in front of the gardens of the Val de Grâce. Buses run along the boulevard: the 91 takes you straight to the Place de la Bastille and the Marais and the 83 goes to the Bon Marché and rue du Bac area. There is a Metro station on the No. 6 line, which takes you to the Place de l’Etoile (Arc de Triomphe) and a station of the RER – the Paris commuter train network, which zips you into the centre of the city in no time. 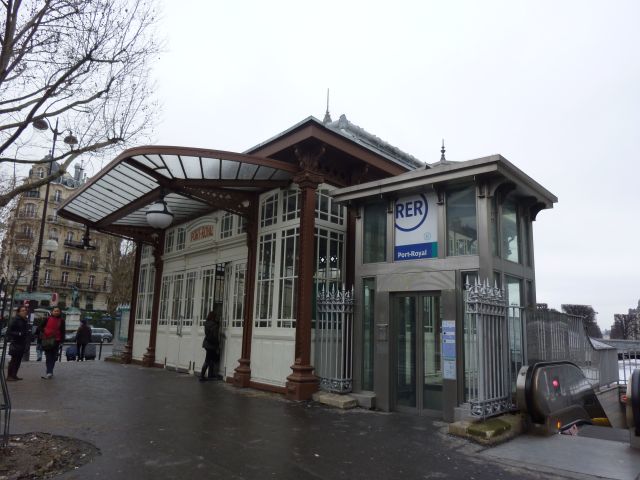 The boulangerie on the corner near the Val de Grâce is excellent (we got our Christmas bûche de Noël there) and the butcher’s shop specializes in beef from the Limousin region. The two local convenience stores remain open late into the evening, sell fresh fruit and vegetables, and offer a remarkably varied selection of wines. 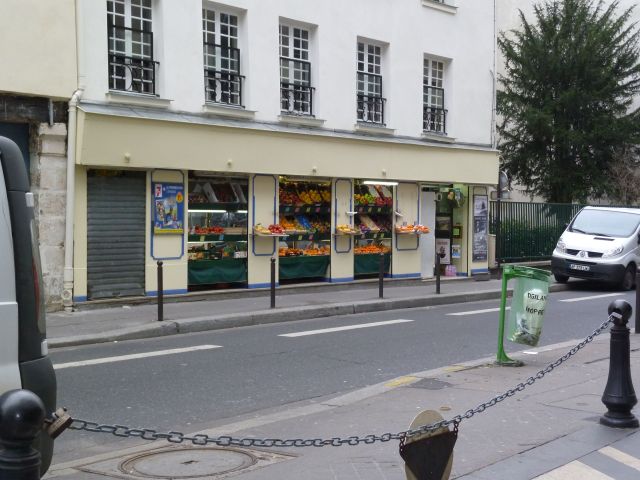 There are, of course, several pharmacies, not to mention a newsstand, a flower shop, a chocolate shop, a laundromat, several clothing stores, a jewellery store (where the proprietor sells the jewellery he has made and mended a watch band for free a few minutes before closing time one evening), a bottle bank, and a public toilet.

Two restaurants located diagonally across from each other on the intersection serve the lunch and afternoon crowd and close in the early evening. Both are run by people from the Aveyron region. Generations of people from southern France have settled near the Montparnasse train station, just west of this quartier, as this was the part of Paris they first experienced when they arrived.

One restaurant includes a Tabac. Although we never went into this part of the establishment, a friend who works in Paris told us that Tabacs don’t just sell cigarettes; they are essential service centres that sell everything from phone cards to lottery tickets and accept payment for parking tickets (for those foolish enough to keep a car in Paris). The latter involves a complicated and arcane transaction featuring stamps.

Traffic in the intersection provided endless entertainment, as motorists on the one-way, southbound rue St-Jacques negotiated the complicated junction with the boulevard. The south side of the boulevard has two-way bus/taxi lanes, divided from the regular lanes by a median, but when motorists turn left onto the boulevard from the one-way street, it is not at all clear which lane they should aim for. Time after time we would watch a hapless driver start to turn into the bus/taxi lanes, realize his or her mistake, and, after a pause, reverse into the middle of the intersection as traffic swirled around, and head for the correct lane. Amazingly, we never once saw anyone crash into anyone else during this delicate manoeuvre.

To the west of this little quartier is Montparnasse with its enormous station and shopping centre and its large, famous cafés that once welcomed artists and now welcome tourists. To the north is the busy Latin Quarter. But here in the quartier St-Jacques, the shops are small and independent, Starbucks and McDo have not made inroads, and only the ambulances disturb the peace. Even then, the sound of Paris ambulances is not nearly as aggressive and intrusive as that of Toronto sirens, and we slept soundly every night.

Parisian Fields is the blog of two Toronto writers who love Paris. When we can't be there, we can write about it. We're interested in everything from its history and architecture to its graffiti and street furniture. We welcome comments, suggestions, corrections, and musings from all readers.
View all posts by Parisian Fields →
This entry was posted in Paris gardens, Paris history, Paris hospitals, Paris quartiers and tagged Cochin Hospital, Henri de Montherlant, Jansenism, Montparnasse, Port-Royal, RER, rue St Jacques, Societe des Gens de Lettres, St Joseph of Cluny, Tabac, Val de Grace. Bookmark the permalink.

7 Responses to Life in a quiet Paris quartier