Rattled in Raspail (adventures in banking)

In 1910, Stephen Leacock wrote a short story called, “My Financial Career,” which began with the words, “When I go into a bank I get rattled. The clerks rattle me; the wickets rattle me; the sight of the money rattles me; everything rattles me.” Leacock expressed this reaction to a bank in a small Canadian town. What would he have made of the grand and intimidating Banque de France on the Boulevard Raspail? 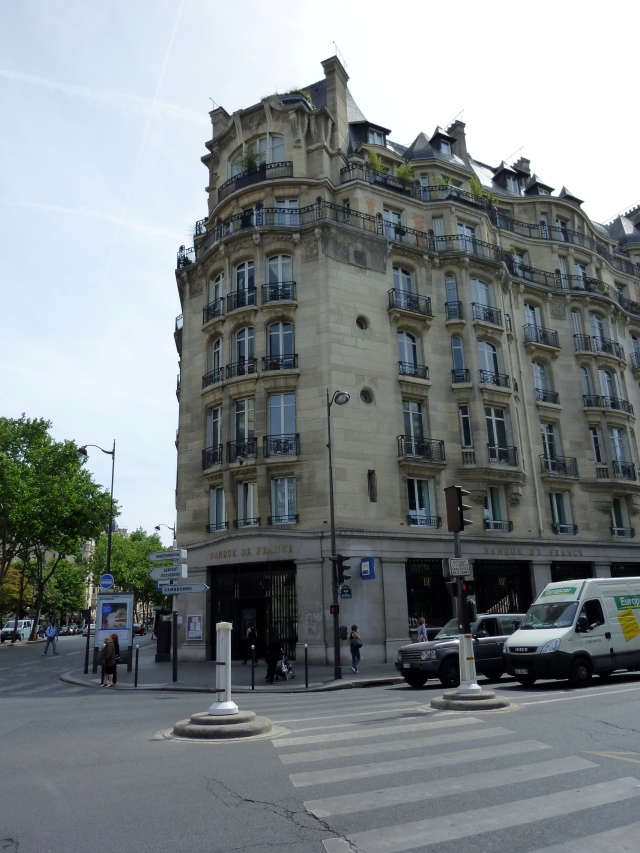 Perhaps we should explain. We had received a 500-euro note from our bank in Canada. They didn’t have much in the way of choice, and we needed some cash for our trip, so we took it.

When the time came to change it, we entered an ordinary bank near our apartment. The teller was aghast. Surely we did not expect change for this note? No, no. Banks do not change money. What a preposterous idea!

The next day, we found ourselves on the Place de la Bastille, where there is a branch of the Banque de France. We entered. This itself is a process. Press a button. Wait. Enter a little airlock between two sets of doors. Perhaps decontamination occurs at this point. Push another button. Wait. Enter the bank.

We approached the teller and repeated our request. Ah non! Not this branch of the Banque de France! How could we have thought such a thing! No, no. We must go to the bank on the Boulevard Raspail. That is the one and only place in Paris to change a 500-euro note.

OK, fine. Whatever. It is close to the Bon Marché and we are always happy to visit the Grand Epicerie there. So we head to the Boulevard Raspail. 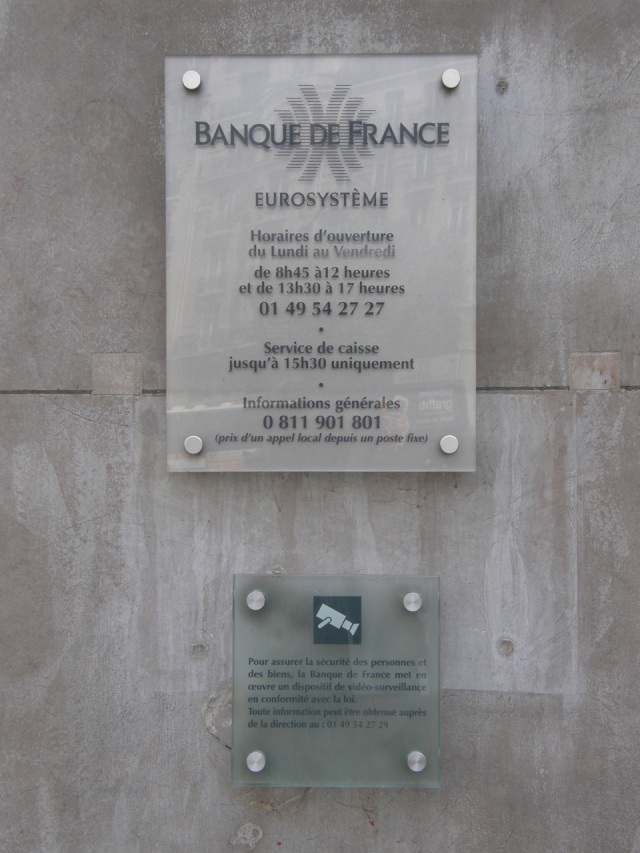 So far, so good. We arrive just before 3 p.m. We go through the airlock ritual and enter the bank. It is all heavy marble and dark wood and gloomy shadows. We see a desk labelled “Accueil” (welcome), but no one is there to welcome us. Somehow, we cannot imagine feeling welcomed to this oppressive spot.

On the desk we find forms that must be completed in order to carry out a cash exchange. Norman gets out a pen. (The bank does not supply one.) Date, name, first name, address, amount, origin of the funds, phone number, profession, signature. Proof of identity is required.

At the bottom of the form is written, “The lack of compulsory information will make the operation impossible.” (This is the bank’s translation, not ours.)

To one side are three guichets, enclosed in glass. Probably bullet-proof. Only two are staffed. A woman teller is occupied with a young man who has what appear to be large pouches of money. He has been there some time, we can tell, and he has the air of someone who expects to be there for even longer. He tries to make a cellphone call and the teller raps angrily on the glass. He is to desist, immediately. He promptly ends his call.

The other teller, a man, is engaged in a transaction with another customer. Across from the tellers are some benches with people sitting on them. They are formal and rigid, and when you sit on them, you feel like someone waiting for the outcome of a judgement in a courtroom. The benches imply that you are guilty.

After a while, we notice a little contraption that dispenses paper tickets with numbers on them. We tear off a numbered ticket and sit down again. Nothing happens for quite a while. Godot was here some time ago, but he left in despair.

Eventually, the male teller finishes with his customer, and a man from the bench steps forward eagerly. The teller motions for him to stay where he is. He freezes. After a while, it becomes clear that the teller is having computer difficulties. Time stands still.

Eventually, a woman member of staff approaches the benches of the accused. She says that the ordinateurs (computers) are hors de service (out of order). They might be working again in five minutes, or in an hour, or not for some time. She has no idea. Teller service is hereby suspended. She does not apologize for the inconvenience.

One might wonder why a computer is needed to change one cash note for a series of smaller notes. Presumably one’s passport must be scanned to determine whether one is wanted by Interpol. It is clear that someone with a 500-euro note is up to no good.

Norman says he will wait until 3:30 since we are here anyway. Philippa goes across the road to the Bon Marché to use the facilities. When she returns, there is a notice on the door. 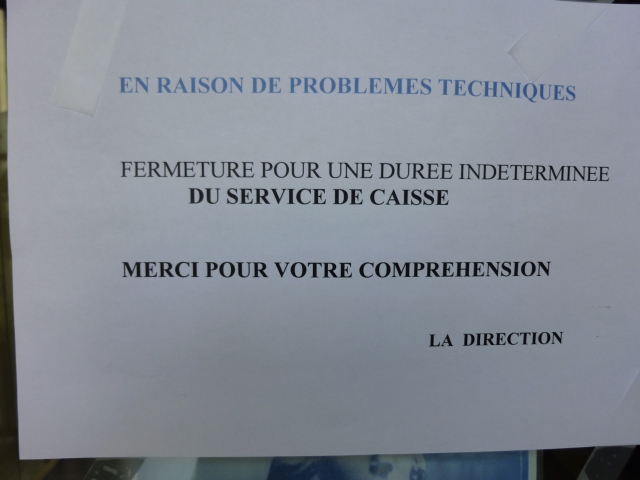 No exchange today. We go home.

Norman goes back the following day on his own, and approaches a teller with a working computer. The man delivers something of a lecture on the inadvisability of travelling with such a monstrously large note. Norman replies with some feeling that he was not given a choice by his bank in Canada, and that Paris did not give him any choice in where to cash it. Standoff. Security is not summoned. This time.

Years ago, on our first visit, we used American Express travellers’ cheques, which we exchanged at the Amex office opposite the Opera. This was once a grand place to see and be seen, where people used to come to fetch their “post restante” mail and book tickets to exotic places. It gradually withered to a small hole-in-the-wall office, but it was still bright and cheery and the staff members were pleasant. Those were the days.

Well, our time at the Banque de France was, as they say, a learning experience. If you are reading this and planning a vacation in Paris, heed our advice: do not let your bank fob you off with cash in large denominations. Get nothing larger than a 50-euro note.

Text and photographs by Philippa Campsie and Norman Ball

Parisian Fields is the blog of two Toronto writers who love Paris. When we can't be there, we can write about it. We're interested in everything from its history and architecture to its graffiti and street furniture. We welcome comments, suggestions, corrections, and musings from all readers.
View all posts by Parisian Fields →
This entry was posted in Paris travel and tagged American Express, Banking in Paris, Banque de France, Boulevard Raspail, Stephen Leacock. Bookmark the permalink.

10 Responses to Rattled in Raspail (adventures in banking)