A closer look at Parisian streets

Over the past week, I have been pondering a comment made by Adam Roberts, the author of Invisible Paris (one of our favourite blogs), about our post on courtyards. He confessed to having mixed feelings about these interior spaces and concluded:

Much of Paris is quite oppressive because of these large, hidden spaces too, and sometimes it would be nice to have the garden/courtyard out front, to bring a little more air and break up the monotony of a Haussmannian street.

He has a point, although I think that residents need some private spaces in a city as dense and crowded as Paris. But what got me thinking are those last few words, “the monotony of a Haussmannian street.” He is referring to the kinds of facades shown in the background of this famous painting by Gustave Caillebotte. 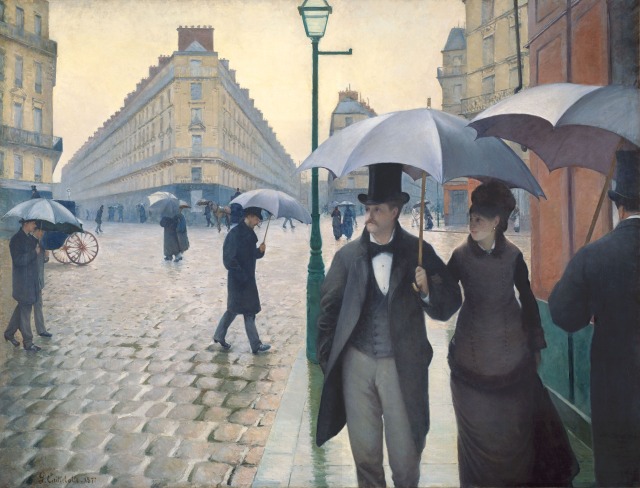 Why are the streets created under Haussmann’s direction considered monotonous? What made them that way? And just how monotonous are they really?

When I went looking for answers, I found that nothing is as simple as it seems.

Here’s the simplified story of Georges-Eugène Haussmann and his transformation of Paris. 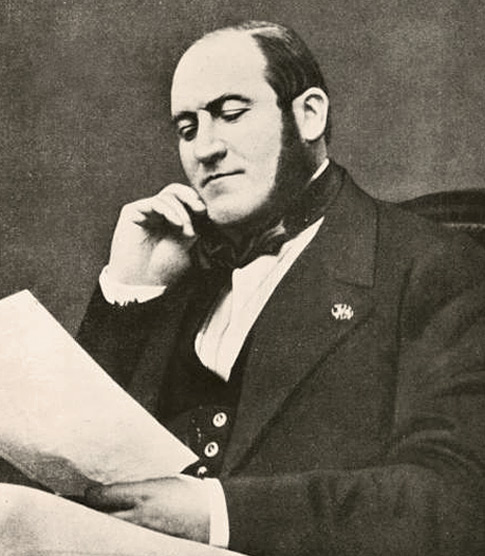 In 1853, during the period known as the Second Empire, Napoleon III gave him the job of modernizing Paris. Haussmann carved out wide boulevards in the heart of the city, destroying thousands of old buildings to do so. And he regulated the height and design of building facades on the new streets, thereby creating uniformity (read “monotony”) along many of the city’s major arteries.

All true. But it’s less than half the real story.

For example, it is often said that the demolition of old neighbourhoods in the centre of Paris was intended to break up hotbeds of dissent and create big boulevards that would allow for the deployment of military force during uprisings. Well, if that was one reason for the destruction, it was only one among many, and it was nowhere near the top of the list.

Among other things, Haussmann was concerned about public health (he also improved the water and sewer systems). Paris had suffered several outbreaks of cholera, including one in 1849 (one of cholera’s victims that year was Madame Récamier).

Cholera is bad for business, bad for national defence, bad for everyone. Narrow streets were considered unhealthy. Sunlight and air were health-giving. So Haussmann mandated wide streets and building heights that ensured the streets would get lots of sunlight. Moreover, the interiors of the new buildings allowed for larger rooms, better air circulation, and more light than those in the buildings they replaced.

But public health, too, is only a fraction of the story. During the Second Empire, the population of Paris doubled – doubled. Industrialization and changes in agriculture meant that people moved from the countryside to the city in huge numbers. So housing, lots of it, was needed, and fast. Big apartment buildings were a relatively new invention, and Haussmann and his architectes-voyers (the qualified architects working for the city who issued building permits) were writing new rules for a new kind of housing. 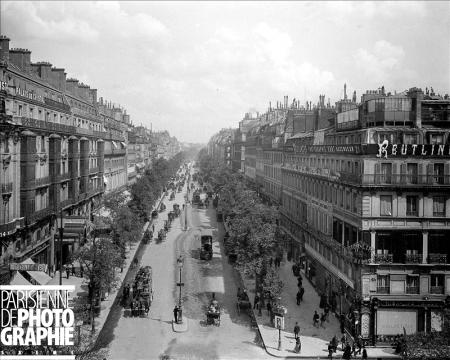 Moreover, while contemporary writers deplored the destruction in the heart of the city, they ignored the other purpose of those big, wide streets. Many new streets led outwards to the former countryside, which was rapidly becoming suburbanized (the word faubourg means suburb, and all those street names that incorporate this word, such as the rue du Faubourg St-Honoré, were once areas outside the old city walls). The boulevards connected the centre to the outskirts.

Today, the word “suburb” conjures up vast tracts of developer-built cookie-cutter housing. Well, guess what? Not much has changed. The developers who built Haussmannian Paris were as conservative and risk-averse as developers are today. In his excellent book on the history of Paris architecture, Anthony Sutcliffe says:

Standardisation and lack of decoration minimised building costs, and the effect was hailed as ‘modern’. The owners also saw the standardised façade design of the day as a protection against fashion changes which might easily have devalued their investment in so rapidly changing a city.*

Sound familiar? Building costs were also kept low through the mass production of things like windows and doors, just as they are today.

But again, that’s just another piece of a larger picture. Haussmann was concerned about the way things looked. He was all in favour of eye-catching one-off buildings by big-name architects, but he thought the big design statements should be reserved for major public buildings, while the apartment buildings lining the big streets should be like a frame, setting off these gems while not calling attention to themselves.

Indeed, I couldn’t find many pictures of them among my own photographs, because they do form a sort of background; that is why I have had to resort to historical photographs and paintings.

Haussmann had a sense for how streets are used. The flat classical facades were essentially the wallpaper in large public spaces that were endowed with abundant trees (the number of street trees increased from about 50,000 to more than 95,000 during the Second Empire), as well as benches, kiosks, and other bits of street furniture. 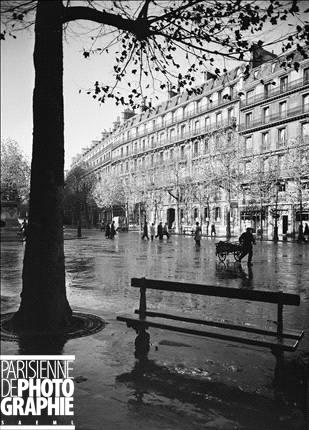 Finally, the 1859 regulations that created the “monotonous” Haussmannian facades were largely adaptations of existing rules. Parisians had long been hooked on classical-style architecture (consider the Louvre) and considered it the best of all possible styles. If Classicism was perfect, how could it be improved? Haussmann didn’t invent the style, he just codified some existing practices.

So where does the idea of “monotony” come from? Well, think about what was happening in other arts at the same time. Just as painters were struggling to break free of the old “classicism,” so were architects. They wanted to express themselves, and the 1859 regulations were getting in the way. In a book on changing architectural styles that I found in the Bibliothèque Forney, the author says, “The severe Haussmannian constraints on urban form pretty much froze all possibility of invention.”**

Architects, then as now, wanted to invent stuff. There weren’t enough one-off public building commissions to go around. They wanted to make personal statements. They resisted the restrictions. So did their clients, who wanted “look-at-me” buildings, just as they do today. 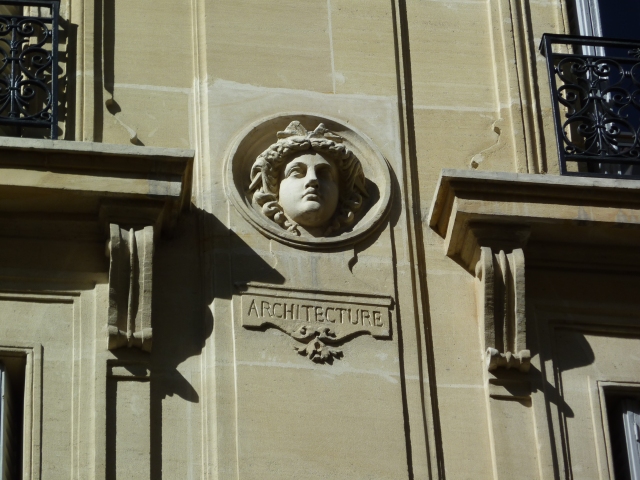 In the end, Haussmann’s original regulations lasted less than 25 years. By 1882, the requirements for flat facades and continuity from one building to another had been modified to allow for balconies and “encorbellements” (projections outwards from the façade). They were further relaxed in 1893 and again in 1902. By that time, new buildings positively writhed with ornamentation and the city awarded yearly prizes for building façades that generally went to the most over-the-top creations. I’ll talk about some of them in a future blog.

My little foray into architectural history has made me see Haussmannian boulevards with new eyes. Monotonous? Maybe. But there is a reason that they look the way they do and they have some redeeming features, including classical proportions and generous windows. Compared to today’s suburban housing, I’ll take Haussmannian monotony any day.

Parisian Fields is the blog of two Toronto writers who love Paris. When we can't be there, we can write about it. We're interested in everything from its history and architecture to its graffiti and street furniture. We welcome comments, suggestions, corrections, and musings from all readers.
View all posts by Parisian Fields →
This entry was posted in Paris architecture, Paris history, Paris streets and tagged Adam Roberts, Anthony Sutcliffe, Cholera, Georges-Eugène Haussmann, Gustave Caillebotte, Invisible Paris, Napoleon III, Robert Dulau, Roger-Viollet, Second Empire. Bookmark the permalink.

9 Responses to A closer look at Parisian streets